This is THE sporting highlight of 2023 : from September 8 to October 28, France will host the Rugby World Cup. The great nations of the oval ball and their enthusiast supporters will converge on ten host cities : Bordeaux, Lyon, Marseille, Nantes, Nice, Lille, Paris, Saint-Denis, Saint-Étienne and Toulouse for great sport events.
Toulon, an historic land of rugby, participates in this exceptional event as the South African team base camp.
Discover here all the information related to the 2023 World Cup in Toulon to fully live this unique event !

South Africa chose the Toulon destination and Rugby Club Toulonnais facilities to establish its base camp. The Springboks will benefit from the RCT Campus where players can prepare in the best conditions for the competition. They can also train in the grounds of the Mayol stadium, but also the swimming pool of the Port Marchand or the Palais des Sports.
This base camp will be available to the world champions and their staff during the pool phase which will take place from August 29th to October 10th 2023.
They will be hosted in La Seyne-sur-Mer at the Grand Hôtel des Sablettes Plage.


South Africa and the Springboks : Toulon welcomes the rugby elite

The reigning world champion team since 2019, South Africa is at the top of the World Rugby best team rankings and considered one of the best teams in the world.
As part of the 2023 World Cup, she will play in pool B and share the lead with teams from Ireland, Scotland, Romania and Tonga.

Rugby village, cultural and sport activities, festive moments organized in Toulon and its metropolis : the Rugby World Cup will be an opportunity to vibrate and participate in many animations !
We will not fail to reveal the program…stay tuned ;-) 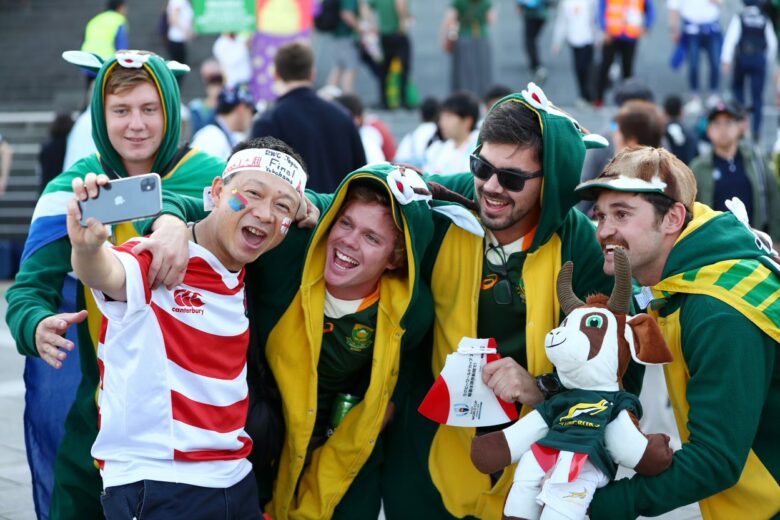 Plan your stay in Toulon during the Rugby World Cup and discover the unmissable places of the city !
>> Things to do

How to get to Toulon ? Toulon is at a crossroads. All means of transport are good to come and move there :-)
>> Access, city map and transport in Toulon